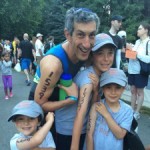 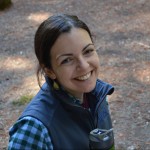 Lauren Fleischman is the associate director at Berkeley Hillel. An east coast native, Lauren lived in New York City and completed a Master’s degree in Experiential Jewish Education from the Jewish Theological Seminary as a Wexner Graduate Fellow. Prior to living in NYC, Lauren spent two years studying at the Pardes Institute of Jewish Studies… read more 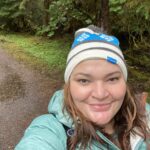 Emily Hirschman is commonly referred to as “The Glue” on staff. She is the utility always on hand to help hold the staff and Hillel together. She works hard to make Berkeley Hillel run like a well-oiled machine and makes sure that staff and students have what they need to best serve the Jewish student… read more 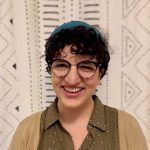 Rav Maya is thrilled to be the Senior Jewish Educator at Berkeley Hillel! Maya is west coast-born, midwest-raised, and east coast-schooled, and is happy to be returning to her birthplace in the Bay. She received rabbinic ordination and a Masters in Jewish Women, Gender, and Sexuality Studies at the Jewish Theological Seminary as a Wexner… read more 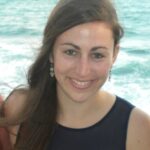 As the Director of Leadership at Berkeley Hillel, Jessica works closely with student leaders serving on the Student Board, Schultz Engagement and Leadership fellows, and Student Group executive representatives. Together, we are growing our student-led programming and strengthening the many ways to be involved in the Berkeley Hillel Community. Jessica first served as Berkeley Hillel’s… read more 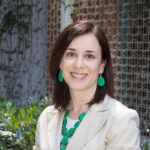 Before coming to Berkeley Hillel in 2022, Shaun (she/her) served as the Director of Development for the Anti-Defamation League (ADL) Central Pacific Region. During her eight-year tenure at ADL, she helped grow the annual fundraising campaign and program delivery capabilities six-fold. Shaun was born and raised in Tucson, Arizona, by her Cuban father and Yonkers-native… read more 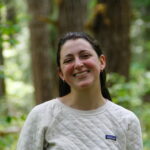 Maddie is excited to join the Berkeley Hillel team as the Marketing and Development Manager. Maddie works with the fundraising team to build and execute grassroots campaigns for Berkeley, Stanford, and the University of Arizona Hillel. Before coming to Hillel International, Maddie spent three years as the Development Associate for Oregon Hillel. Originally from the… read more 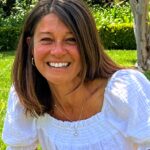 Anna Fogelman is Berkeley Hillel’s office manager.  Her job is to help keep Hillel running  smoothly so the program staff can focus on creating great programs and supporting Cal’s incredible Jewish student community.  Anna previously worked as Berkeley Hillel’s Development Director from 2010-2013 and she is thrilled to be back after a 10-year hiatus. Organizing, supporting… read more 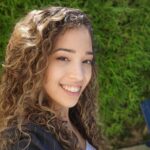 Shaked is excited to join the Berkeley Hillel team as the new Israel Fellow! Born in a small city in Israel and raised in a Kibbutz, she looks forward to talking with you about Israeli culture, history, everyday life, or any other topic you have an interest in. Shaked graduated from the Hebrew University of Jerusalem… read more 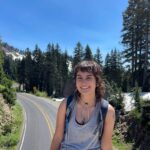 Hannah is so excited to be a part of the Berkeley Hillel community as the Program Associate! Before Berkeley, Hannah attended Tulane University where she completed a degree in Jewish Studies and Public Health with minors in Gender and Sexuality Studies and Religious Studies.  They were an active member of the Tulane Hillel community and… read more