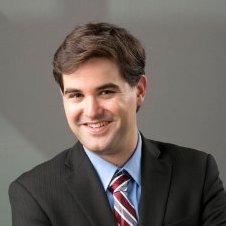 Nadav Shem-Tov was born and raised in Israel. When he was 16, he moved to Texas where he completed his high school and college education. After graduating, Nadav returned to Israel and joined an elite intelligence unit in the IDF, where he was a commander of a team of analysts working on top national security issues.

Nadav’s involvement with the Bay Area Jewish community started after he finished his army service, when he served as an Israel Fellow at Hillel of Silicon Valley. In that position, Nadav had a chance to engage with Jewish and pro-Israel students from across the Bay Area, including Berkeley. He then moved back to Israel where he worked at a software start-up. After two years he returned to Berkeley to pursue his MBA at UC Berkeley’s Haas School of Business. During his time at Haas, Nadav served as President of the Jewish Business Club at Haas and co-led an Israel trek for 50 of his classmates. After graduating from Haas, Nadav joined Bain & Company as a consultant, and he has recently left Bain for a software start-up called Gainsight where he serves as a Client Strategy Manager.